Totally Random Video: This ABC epic gathering of stars included everyone from John Wayne to Charo! 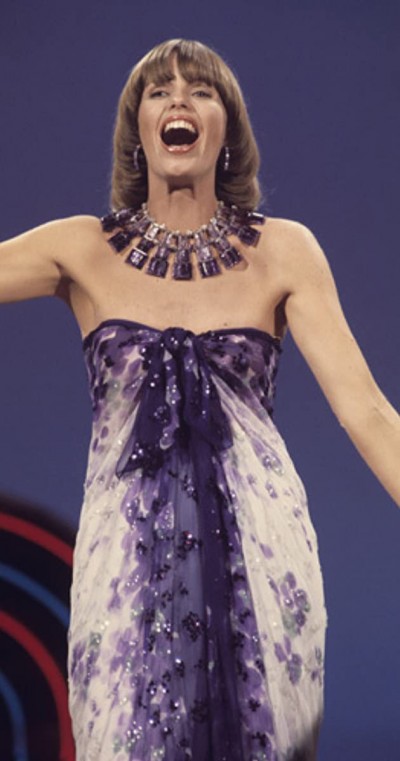 I have no idea what event this was but clearly it was some kind of major shindig for ABC.

Toni Tennille, who starred with husband Darryl Dragon in a 1976-77 variety series on the network, was the ringleader calling up different stars to the stage as she sang a cheesy ABC song to the tune of the the theme from Rocky.

Miss Tennille is such a force of nature – not many performers could have handled wrangling that big a group of stars and she did it with infectious enthusiasm.

I know I missed plenty! If you spot more faces, let me know in the comments!