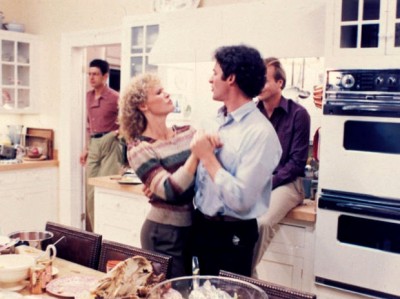 I loved this scene the first time I saw it in theaters – waaaaaay back in 1983: it’s the kitchen clean-up scene in The Big Chill where the group of college friends reuniting for a friend’s funeral dance to Ain’t Too Proud to Beg.

Kevin Costner played the dead friend in flashback scenes that were cut from the film. I had hoped those scenes would turn up in a DVD sometime but it has never happened.

Maybe that’s best since the movie is such a classic. Enjoy the clip!