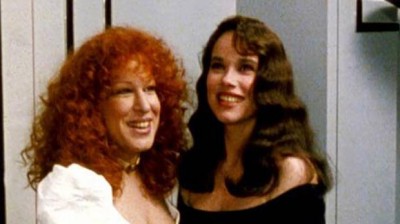 This popped up and I had so much fun watching it.

If you know the movie Beaches as well as I do, then you know the context of every one of these flubbed scenes. Most of them involve the film’s leads Bette Midler and Barbara Hershey but I also love a brief clip of Lainie Kazan on the beach. And watch for the hilarious little moment where the actress playing Hershey’s daughter is screaming after her mother’s collapse but between takes kind of just taps her fingers on the actress in sort of a ho-hum here we go again sort of way.