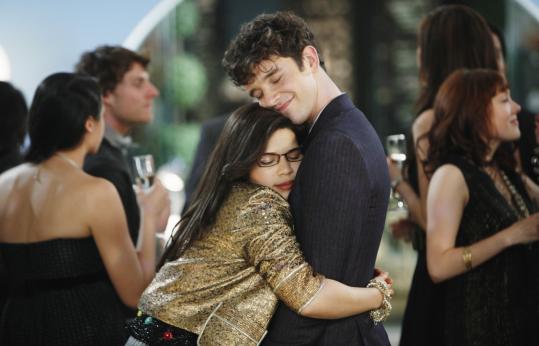 GOODBYE: As it winds down its four-year run tonight, Ugly Betty is as good as it ever was.
Last week featured the sweetest coming out ever on network prime time as Justin Suarez (Mark Indelicato) danced with his boyfriend at his mom’s wedding as his loving family looked on. The show has always been unapologetically gay as we’ve seen Betty’s fashion-loving nephew grow up before our eyes.
Then there was Marc St. James (Michael Urie) who was Wilhelmina’s scheming assistant who endured the rejection of his homophobic mother and in last week’s show, realized that he wanted to try and succeed in a romantic relationship.

I’ll really miss the Suaraz family which also included Tony Plana as father Ignacio and Ana Ortiz as sister Hilda. In the series finale, we see how strong the family bond is as both Betty (America Ferrera) ponders whether to take a job at a magazine in London and Hilda and her new husband look for apartments in Manhattan.

Meanwhile, Wilhelmina (Vanessa Williams) has been shot and that results in Daniel (Eric Mabius) being put back in charge of Mode magazine. He does not want Betty to take the London job and apparently not just for professional reasons.

Maybe we’ll be able to catch up with the Suarez and Meade families in a reunion movie down the road. That would be most welcome.