Tom Lowe didn’t get to live out his American Idol dream, but the UK singer is making a splash on stage in LA 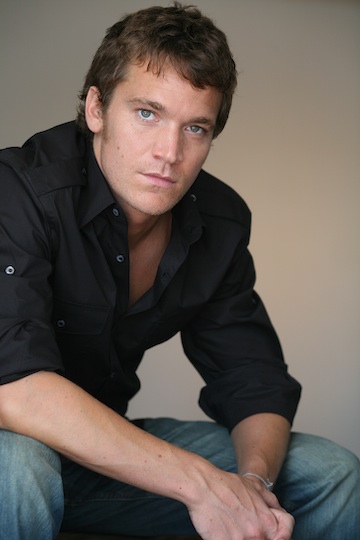 The singer and actor, set to open next week in the musical review Back to Bacharach and David, made it to the top 40 contestants back in season six after wowing the judges with his version of Luther Vandross’ Always and Forever.

But he was inexplicably cut when the group was narrowed down further and there was speculation over whether his stint in the U.K. boy band North and South made him too much of a professional hurt him or the fact that he is openly gay.

“I definitely have a problem watching the show now,” he admitted when we spoke this week during rehearsals for Bacharach and David. “I can’t watch it without sort of shouting at the judges and shouting at the screen and getting really angry. (laughs). But, I feel more than ever that I’m just thankful for what I’m doing and who knows, maybe it was meant to be that way. Had I gone any further, it maybe would have led me down a different path and I’m in a great place in my life now. So I have no regrets.”

Once he was in the American Idol top 40, it became public knowledge that Lowe had posed nude (with his private parts strategically covered) for Attitude, a U.K. gay magazine, and while a student at Harvard University, appeared to out himself in a 2005 interview with The Harvard Crimson. A similar controversy arose this season when photos front-runner Adam Lambert kissing a man surfaced on the Internet but it does not appear to have hurt him any.

“I didn’t really ever come to the decision (to be out) but I dd a couple of interviews for a Harvard newspaper when I was at Harvard and I was very outspoken and that just kind of got onto the Internet and I’ve had no choice ever since to be out (laughs),” Lowe said. “No regrets so far. I feel like times are changing and I’d love to be one of those actors who is free and out – like Neil Patrick Harris – and it hasn’t had a negative effect. However, I’m not as famous as he is. I don’t shout about it, I don’t mention it if it’s not mentioned but I don’t see the point of telling lies.”

Lowe, who turns 31 on April 23, can’t really escape Idol in his current stage gig. One of the other performers in the four-person cast of Back to Bacharach and David is season three American Idol runner-up Diana Degarmo.

“Diana had seen my audition on YouTube and I saw her in the final,” he said. “We talked about the car she won through Idol which is a really nice Ford something with pink stripes and I drive this really clapped out 1990 Mazda Miata with 22,000 miles. That’s what happens when you reach the top 40 versus number 2.”

Here is that American Idol audition that so impressed the judges:

By the time of his Idol audition, Lowe had left his boy band days behind him and he landed a lead role in the West End production of Les Misérables as Marius. Following a nearly two-year run in the part, he went on the star in Cats as Rum Tum Tugger.

Lowe played Enjolras, the leader of the students, in a concert version of Les Miserables performed at the Hollywood Bowl last August. It is a show he knows well after playing the romantic lead in the West End production.

“I finally got to play a character who dies,” he said of the Hollywood Bowl show. “In London, I never died and all the characters who die, the audience really feels for them and they get this huge round of applause. So, I got to die on the barricade with 18,000 people watching (laughs). It was really fun, it was such a beautiful setting. The flags were blowing in the wind and it was just probably the most exciting moment of my career so far.” 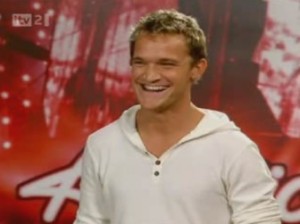 He’s pretty excited about Back to Bacharach and David which opens at The Music Box @ Fonda in Hollywood on April 15. It is a revue featuring the legendary songwriting team’s songbook which includes such hits as Close to You, I Say a Little Prayer, Alfie, Do You Know the Way to San Jose, and What the World Needs Now.

Lowe’s two biggest numbers in the show are Alfie, The House is Not a Home and the lesser-known Twenty-four Hours from Tulsa which gives him the opportunity to hop around on an imaginary kangaroo and sing with an Australian accent.

“It’s like a dream come true,” he said of the show, directed by Kathy Najimy. “I get to sing solos and sing in all these cool harmonies and do crazy 60s dance routines and play guitar and play piano and sing in Mandarin and sing with an Australian accent. It’s like somebody took all the crazy little tricks that I like to do and put it all into the show. Oh, and I get to moonwalk.”

When Lowe belts out Anyone Who Had a Heart during the finale, he uses the exact same pronoun as Dionne Warwick did in her hit recording of the song: he’s singing it to a man.

“They decided to keep the lyrics as they were,” he said.

Lowe grew up in Manchester, England but came to the U.S. to attend Harvard University. He moved to Los Angeles two years ago to try his luck at duplicating or surpassing his U.K. success in America.

“It’s very difficult because you join this massive pond of really talented, competitive people and it takes a long time to find your feet and find an agent and find a manager,” he explained adding that it’s really multiple agents for such areas as voiceovers, theatrical, commercial, hosting and modeling.

“It just takes a long time,” he said. “It’s hard at first because you audition a lot and you get rejected and then finally something comes along that you get and it’s awesome. It teaches you to be on top of your game and it teaches you really where your specific skill set is. You realize what you should be focusing on instead of chasing dreams that may not happen. I’m starting to realize that it’s all about the singing for me. I’ve been trying to break into TV and film for two years and each time I get a job, it involves singing and that’s the way it’s always been.”

Back to Bacharach and David runs April 15 – May 17. For more information, go to The Music Box @ Fonda site.