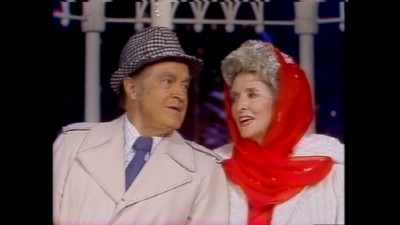 It became a memorable number in 18 of his TV holiday specials when he would perform a duet with a different actress or singer. I found his numbers with Olivia Newton-John, Marie Osmond, Dolly Parton and Reba McIntire as well as my favorite two which were his lovely wife, Delores Hope, who had been a big band singer before their marriage.

The first video from 1993 features Bob and Delores as well as a montage of his various duet partners on the song over the years including Shirley Jones, Barbara Eden, Dixie Carter, Donna Mills, Loni Anderson, Ryan Cannon, Loretta Swit, and Phylicia Rashad, among others.