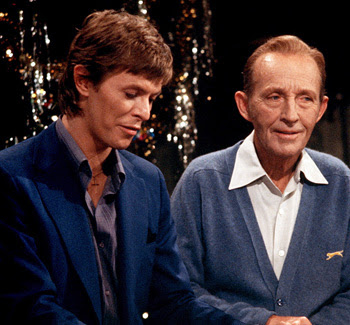 David Bowie, who was 30 at the time, and Bing Crosby, then 73, recorded this Peace On Earth/Little Drummer Boy duet  on Sept. 11, 1977, for Crosby’s Merrie Olde Christmas TV special.

A month later, Crosby was dead of a heart attack. The special was broadcast on CBS about a month after his death and their memorable duet has lived on ever since.