Elton John celebrates being back atop the sales charts: “Christmas really has come early” 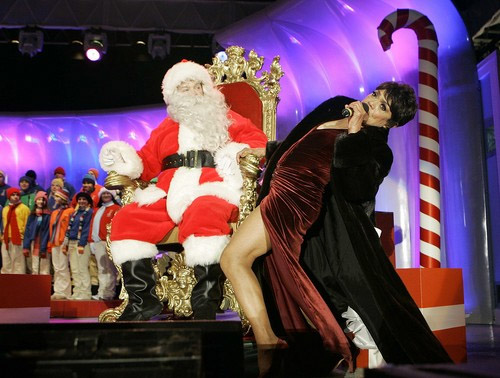 We can never forget the dazzling Eartha Kitt and her signature song.

The sexiest Catwoman of them all performed Santa Baby throughout her long career and before one of her performances she once cracked: “I used to have a lot of fun with this song …﻿ then MADONNA sang it!”

It’s true, there has been many versions of this song over the years – good ones too – but let’s face it, she sings it better than anyone ever will.

She absolutely owns it!

Eartha may be most famous for playing Catwoman on the Batman TV series but she had a singing and acting career than spanned 60 years on Broadway, television, films and nightclubs.

She died in 2008 but her work lives on – especially this, her sexy signature song.

Elton John celebrates being back atop the sales charts: “Christmas really has come early”

Sondheim Sunday: The delicious “Worst Pies in London” from the musical “Sweeney Todd”