DIVA ON CENTER STAGE: The great Patti LaBelle will join the cast of the hit Broadway musical Fela! on Sept. 14. The Grammy winning legend takes over the role of Fela’s mother and will stay with the Tony-nominated show until its final scheduled performance on Jan. 2, 2011. Miss LaBelle takes over for Tony-nominated Lilias White.
An excited Patti says in a statement: “I am both thrilled and honored to be joining the cast of Fela! on Broadway. After seeing the show, I was struck by the choreography and work of Bill T. Jones and the passion and joy that overflows from the stage. Fela’s mother, Funmilayo, was a strong, truly inspiring woman and I am so privileged to be able to pay tribute to her on the Broadway stage.” Source: Broadway World. 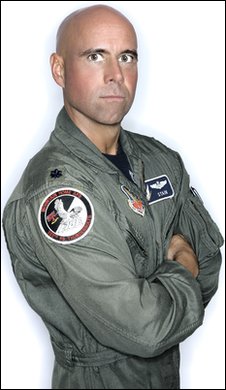 DISCRIMINATION: Highly decorated gay Air Force aviator Lt. Col. Victor Fehrenbach has filed an injunction in federal court to prevent his expulsion from the U.S. military because he is gay.
I have been supportive of a lot of things Pres. Barack Obama has achieved while in office but his lack of decisive action on Don’t Ask Don’t Tell is frustrating and his continued opposition to same-sex marriage is disgusting and totally insulting.
Anyway, Fehrenbach, who, according to Servicemembers Legal Defense Network, is 13 months away from retirement, said he’s been waiting more than two years for the U.S. military to “do the right thing” and allow him to continue his service:
“I have given my entire adult life to the Air Force that I love,” he said in a statement. “I have deployed six times and risked my life for my country. In the two years that I’ve been sitting at my desk rather than inside my jet, I’ve offered to deploy numerous times. I’m ready, willing, and able to deploy tomorrow, but I’m barred from deployment, because of this unjust, discriminatory law.” Source: Washington Blade
PERSONAL NOTE: And finally, this is a photo I snapped yesterday afternoon of my gorgeous 73-year-old mother departing the hospital after successful hip surgery. I can’t say enough good things about the doctors, nurses and staff at St. Joseph’s Hospital in Orange.
The surgery was on Monday morning and it could not have been smoother. And my mom had a private room with a big window and nice furniture – so much so that I fell asleep while reading a book yesterday!
But, as we learned last night, the hard part really begins now with no nurses around! So my blogging will occur over the next few weeks whatever time of day I can manage to sneak away – my big sister has been a real sport in letting me keep up my work!
Thanks to all for the good wishes and words of support this week!
FILE UNDER: Briefs