Retiring Roger Federer: “I won’t be a ghost” 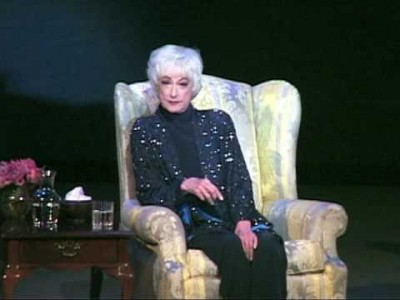 This came up at dinner with friends the the other night and I could not believe that one of the friends in our group was as familiar with this as I am!

A little background: One of my favorite theatrical experiences ever was seeing Bea Arthur perform her one woman show at the El Portal in North Hollywood back in 2004. Dixie Carter and Hal Holbrook were sitting near us and a few rows away was Nancy Sinatra.

And onstage in her bare feet with Billy Goldenberg at the piano was Miss Arthur, a decade after The Golden Girls, reminding the world what a great Broadway star she had been. She won the Tony Award for Mame and had originated roles in Fiddler on the Roof and Three Penny Opera.

So, the opening of the show is delicious! Miss Arthur details for us how she prepares a leg of lamb for a small dinner party and for some reason – then and now – I find it so mesmerizing.

BONUS VIDEO: Below are more scenes from the performances combined with an interview Miss Arthur gave after. Enjoy!

Retiring Roger Federer: “I won’t be a ghost”