Thomas Roberts leaves MSNBC: ‘I am very proud & grateful for my experience’ 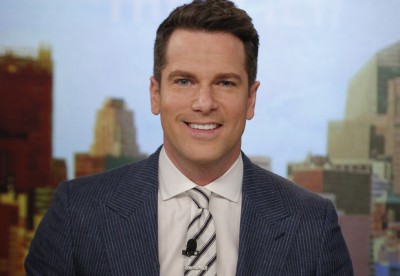 Thomas Roberts, the first openly gay man to anchor a broadcast network newscast when he filled in on NBC Nightly News, is leaving MSNBC. He writes on Facebook: ‘I am very proud & grateful for my experience at NBC/MSNBC. And coming up next, Stay Tuned…’ Adweek reports: Per a MSNBC spokesperson:

“Thomas Roberts has decided to leave MSNBC for other endeavors. He’s been a valued member of the NBC News and MSNBC family since 2010, and we’re thankful for his contributions and Emmy Award-winning coverage for the news division. We wish him success in his new adventure.”

Roberts most recently anchored MSNBC Live on weekends from 5 – 7 p.m., but the network decided to go in another direction this past October when it slotted Ayman Mohyeldin in the 5 p.m. hour, and a rebroadcast of Meet the Press in 6 p.m. hour. 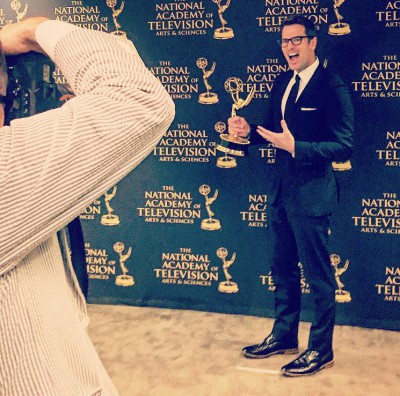 Kasie Hunt got her own Sunday prime time show on MNSBC, which airs from 7 – 9 p.m., while Roberts appeared to be odd man out.

Before anchoring MSNBC Live on weekends, he helmed Live With Thomas Roberts weekdays at 2 p.m. on MSNBC before that program was canceled in December of last year.

Roberts joined MSNBC in a full-time capacity in December 2010 after working in a freelance capacity for 8 months. Before the 2 p.m. program, Roberts also hosted Out There with Thomas Roberts, a weekly program focusing on LGBT issues, on the MSNBC’s digital live streaming network until 2015.

Roberts and his team won the network an Emmy in September 2016 for their coverage of the Supreme Court decision on marriage equality.

The versatile newsman also served as a substitute anchor for Today, NBC Nightly News, and as a correspondent for NBC News.