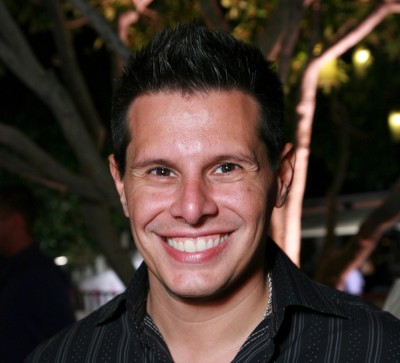 The Hollywood Reporter has published The Secret Anguish of Silvio Horta: Demons and Hollywood Anxiety Plagued the ‘Ugly Betty’ Creator by Seth Abramovitch and I read through the whole thing. What a tragedy.

Where is an excerpt:

We may never know who gave Silvio Horta his first taste of crystal meth, or when it occurred. According to several people with knowledge of the situation, the drug entered the picture toward the end of Ugly Betty’s four-season run, after production had relocated to New York and ratings fell. (“We’ve mutually come to the difficult decision to make this Ugly Betty’s final season,” Horta and then-ABC Entertainment president Steve McPherson said in a joint statement announcing its cancellation in 2010.)

What is known is that what started as a recreational dalliance — a drug that turned Horta’s sex drive up to 11 while quieting a nagging insecurity — quickly turned into a devastating addiction. When the high wore off, he was left with crushing hangovers followed by long spells of depression and semi-regular panic attacks, according to close friend Eduardo Roman. Horta self-medicated by using again — a deadly cycle. He was soon beset by paranoid delusions of being followed or that people were accessing his home when he wasn’t there. Concerned, Roman took him to an addiction group meeting in West Hollywood. “He couldn’t get out of the car,” he recalls. “That’s how bad his anxiety was.”

Horta overcame his fear and attended meetings regularly. He was embraced by a group of sober friends. It seemed like recovery was within reach, but he relapsed repeatedly. His creativity and drive began to suffer — and so did his dependability. Horta expressed deep shame to friends about having let people down, noting in particular the time he missed a high-stakes network meeting in New York, having lost track of time while on a dayslong binge. What was meant to be his big comeback — a tale of magical realism called The Curse of the Fuentes Women — was passed on by NBC in 2015. (“It was a tragedy that it never went to series,” says writer Javier Grillo-Marxuach. “I was moved to tears by it.”) The stumble sent Horta into another tailspin. “L.A. was bad for him,” says Roman. “I’ve seen this a lot, especially in the gay community. When you are pretty and successful and you can offer a home to party in, they flock to you. But when you are facing hard times, facing the darkness, they walk away.”