The new documentary “Do I Sound Gay?” will resonate with gay men on so many levels like it did with me 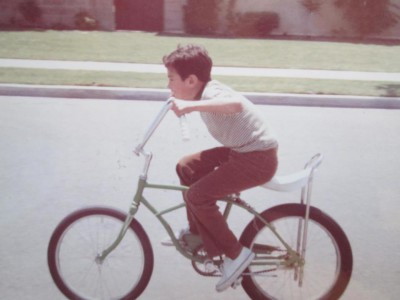 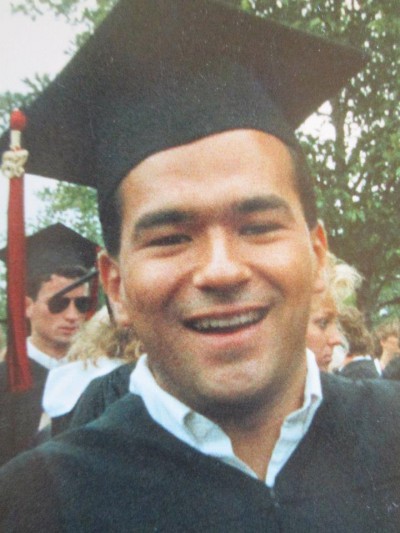 Like plenty of gay men, as a kid I would cringe anytime I heard my voice on a tape recorder. I thought I sounded so gay and it was mortifying.

So I consciously worked on sounding less gay while being sure to also try to not have any kind of Hispanic accent.

It was a lot of hard work!

I wasn’t bullied in school so perhaps I was somewhat successful in my efforts -or so I thought.

I’ll never forget an incident that took place a few weeks before I was moving away to go to college. My oldest brother was in another room talking to my mom and I overheard him say: ‘Everyone thinks Greg’s gay because of the way he talks.’

It ripped a hole in me in a way that only other gay people can understand.

I vowed to myself that I would work to butch it up as much as possible to fit in at San Diego State and I did. So much so that when I came out to all my college friends five years after college, they were all shocked.

This leads me to a movie I saw at Outfest on Monday that really resonated with me and a lot of other guys in the audience at the Harmony Gold Theater. 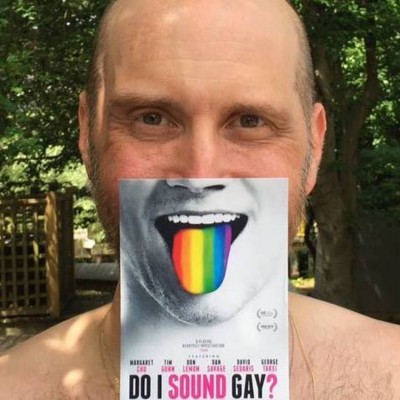 Filmmaker David Thorpe wondered if other gay men were as distressed about the way they talk as he was.

So in his new documentary, Do I Sound Gay?, he asked some very famous ones including actor George Takei, designer Tim Gunn, author David Sedaris, newsman Don Lemon and columnist Dan Savage to weigh in.

Comic Margaret Cho also shares some insights in the film which opened today in Los Angeles., Atlanta, Philadelphia and Denver.

‘Sometimes a voice is just a voice and sometimes it’s a symbol of something much bigger,’ Thorpe told the audience after the sell-out screening.

Thorpe shares in the film his life-long struggle with ‘gay voice’ – something you can’t quite define but you know it when you hear it.

He examines the questions ‘Do gay men who talk like gay men do it naturally or it is learned?’ and ‘Why are so may gay men so hung up on not sounding gay?’

One of the reasons is survival and how sounding gay as a boy or a teen can lead to bullying, says Savage who founded It Gets Better Project.

Thorpe said that while growing up, ‘if something sounds gay it’s like the worse thing ever. It’s associated with a lot of shame and a lot of stigma. … It’s amazing to me how many of my gay friends had speech therapy as kids.’

When he came out in college, he believes he got a lot less self-conscious: ‘I wanted to look gay and sound gay. I was so excited to be out of the closet.’

But later he began to wonder: ‘How did I get this gay voice stuck on me? Is it my real voice or this voice I reached for after I came out?’

In the film, he works with two different noted speech therapists in an attempt to see if he could change his voice to make it sound ‘less gay.’

To find out where the film is screening, go to DoISoundGay.com

FILE UNDER: About Greg In Hollywood, Documentary