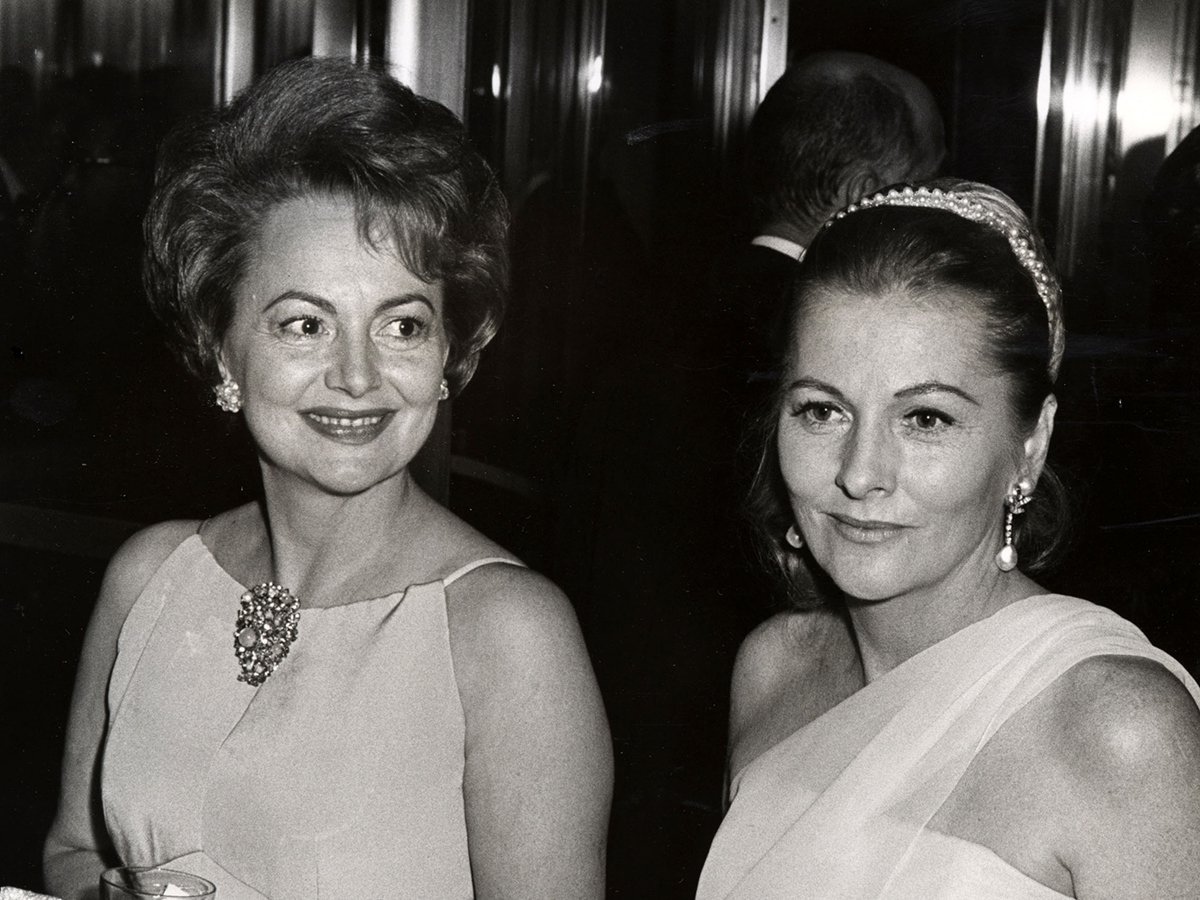 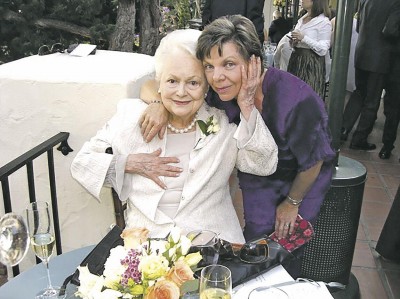 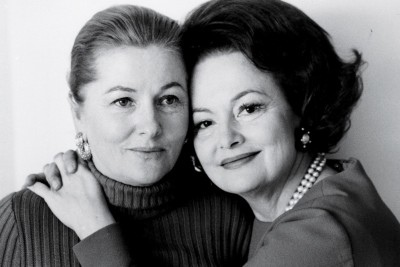 Olivia de Havilland died last month at age 104 and at that time, much was written again about her rivalry and feud with her sister Joan Fontaine.

While the two women did not speak during the last 40 years of Fontaine’s life (she died in 2013 at age 96), de Havilland never lost touch with Fontaine’s daughter, Deborah Dozier Potter.

Potter has written a lovely remembrance of her Oscar-winning aunt in the Santa Fe New Mexican but does not seem to have much h good to say about her own Oscar-winning mother.

To the film world, she was Olivia de Havilland, the last great star of cinema’s golden era. She died in Paris on July 26 at the age of 104. To me, she was Aunt Olivia, my mother’s sister.

Extending to William the Conqueror, the de Havilland lineage was extremely important to her, more than it was to my mother, Joan Fontaine, another film industry legend. Olivia and Joan were born in Tokyo to Walter de Havilland, a very strict attorney, and his wife Lillian, a former opera singer and amateur theater director.

As a little girl, I found it fascinating that my mother had a real sister. I had a stepsister and a foster sister, but an actual blood sister was hard to imagine. When Olivia and her daughter Gisele, then a toddler, came to have tea with my mother in Los Angeles, my foster sister and I were told to put on our best dresses and best behavior. I remember how different she looked than my mother. How warm she was, what a strong inner life she had, how pretty my little French cousin was.

I could not have thought this was the start of 64-year friendship. 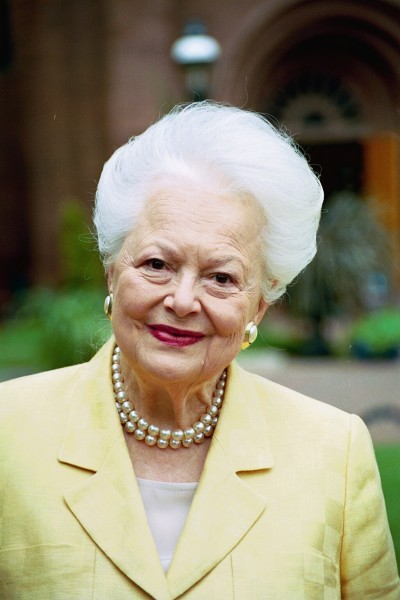 Olivia and my mother were, indeed, competitive adversaries. A year and a half apart in age, competing for the same three parents’ attention, the same film roles, sometimes the same men. They were also very different. Joan was glib, Olivia was gracious.

In late 1973, the three of us visited Gams in Santa Barbara for a once-in-a-lifetime weekend together. I was late arriving because I had an acting job the first day. The next morning, the sisters and Gams posed for prearranged professional photos. During the process they bickered like two little girls in the back seat of a car. Joan pushed one of Olivia’s buttons and she left, never to speak to Joan again.

At Gams’ funeral they avoided one another.

But Aunt Olivia remained close to me. She phoned me from Paris several times while she was nursing her son Benjamin, who tragically died in 1991 from the effects of Hodgkin’s disease. I flew to Paris for his funeral, where I spent several days with her, Gisele and our Canadian second cousins. Even during those painful three days, Olivia was loving, gracious and filled with humor. My husband Earl and I made a point of visiting her in Paris during any year she wasn’t working in the U.S.

Starting when she was in her 80s, she and I ended each visit with an extremely long, tight hug while saying, “À la prochaine,” which means, “see you … next time.” 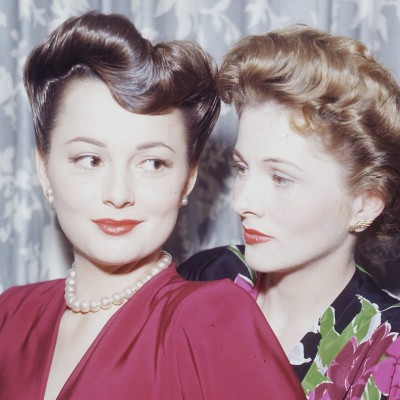 Joan died in late 2013. Olivia’s reaction when I called her was: “What shall we say when the press starts phoning?” We both settled on saying we were “shocked and saddened.” Last year, Earl and I visited her, surrounded by Gisele, her husband and several 24-hour assistants. She didn’t see or hear well, but tried artfully to keep our conversations stimulating, in almost interview style. She asked us questions about the 90 or so countries we’ve visited. “Which of the countries did you find to be the most … colorful?”

This year, the pandemic aborted my planned trip to see her in early March. Gisele and her husband live in Malibu, with a second home near me in Santa Fe. But they have spent most of this year by her mother’s side. Our mothers weren’t close, but Gisele and I are like close sisters. As soon as her mother died, she phoned me for loving comfort.

The great star died in her sleep, peacefully, beautifully and filled with grace. And so, my dear Aunt Olivia, thank you for loving me and for being such a mentor to me. I say to you one more time, À la prochaine.