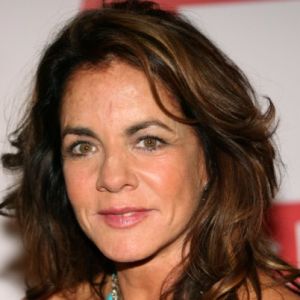 The winner of two Emmys and a Tony and an Oscar nominee for Six Degrees of Separation, Stockard Channing is one of our great actresses who is always terrific and interesting in all that she does.

It’s hard to believe that she turns 76 today because she still looks so young! But she always looked younger than her years as evidenced by the fact that she was 34 when she played Betty Rizzo in Grease.

The first time I ever saw her was in the TV movie The Girl Most Likely To …. which Miss Channing told me – when we spoke for a magazine profile I did in her more than a decade ago – is the movie people mention to her almost as much as Grease when she sees fans at airports etc.

She’s done so much from being a smash on Broadway in numerous plays to portraying the First Lady on TV’s The West Wing and been magnificent in it all.