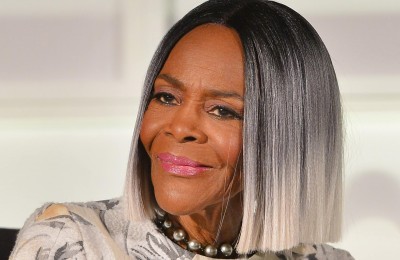 Cicely Tyson, three-time Emmy winner, Tony winner and recipient of an honorary Oscar in 2019 has died at the age of 96.

Such an tremendous actress who was still working as recently as last year on the ABC drama How to Get Away With Murder, a show for which she earned five Emmy nominations in the guest actress category playing the mother of Viola Davis’ character. She was a Kennedy Center honoree in 2015. The next year, President Obama awarded her the Presidential Medal of Freedom, the highest civilian honor in the nation.

Her best-known roles were in Sounder and The Autobiography of Miss Jane Pitman as well as in Roots, The Wilma Rudolph Story, King: The Martin Luther King Story, When No One Would Listen, A Woman Called Moses, The Marva Collins Story, The Women of Brewster Place, The Oldest Living Confederate Widow Tells All and the TV adaptation of Trip to Bountiful, among many others.

In her 70s, Miss Tyson worked more in film than at any other time in her career, thanks in part to Tyler Perry: She appeared in his films Diary of a Mad Black Woman, Madea’s Family Reunion and Why Did I Get Married Too? and also had supporting roles in Because of Winn-Dixie, Fat Rose and Squeaky, Idlewild” and 2011’s The Help.

In the 1960s, she landed the first recurring role for a Black woman in a drama series w hen she was cast in East Side/West Side.

I'm devastated. My heart is just broken. I loved you so much!! You were everything to me! You made me feel loved and seen and valued in a world where there is still a cloak of invisibility for us dark chocolate girls. You gave me permission to dream… https://t.co/7V7AFZtFLa pic.twitter.com/l2TLfM4weX