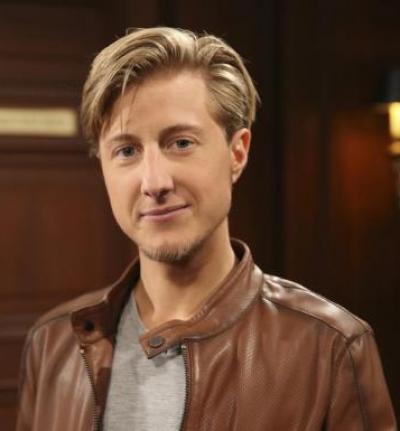 Trans actor Scott Turner Schofield has joined the cast of the soap opera The Bold and the Beautiful.

Schofield will makes his first appearance on the show on May 8 and will make television history as the first transgender actor will play major, recurring role on a daytime drama.

The role will mark the television debut of Schofield who has extensive theater credits.

‘Amazing how you can go from unknown to “famous” in a day,’ Schofield wrote in a Facebook post Tuesday/ ‘I am grateful to be able to help uplift and honor transgender‬ people in this moment. I had such help from my communities, becoming me.’

He added: ‘This moment is about every teacher and artist who encouraged me to act despite biased casting; each transperson and ally who attended my shows; and everyone in power who acts their beliefs in order to do something differently.’

The Bold and the Beautiful recently revealed that the character of Maya Avant (played by Karla Mosley) is a transgender woman. Schofield will be a part of that storyline.

‘I’m Maya’s best friend, and I come from her world when she first landed in Los Angeles before she became the huge success that she is,’ the actor tells The New York Daily News. ‘I’m her friend that comes in and kind of help remind her that she is beautiful and whole and authentic exactly as she is.

‘As things start to happen and discrimination mounts, she can stand strong in who she is and how she made the right choices for herself. So in that sense, it feels like playing myself in a certain way.’