Thankfully, Rosie O’Donnell on the mend 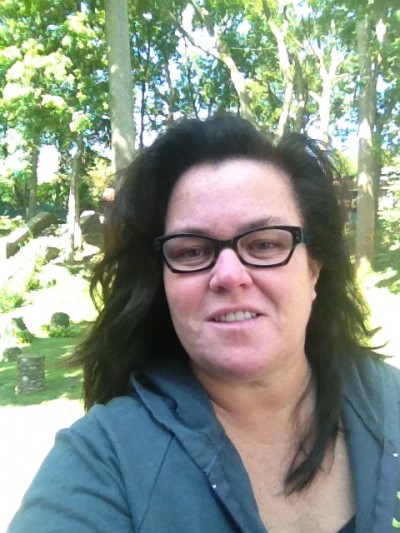 I’ve thought a lot about Rosie O’Donnell in the past few days.

She’s candid and raw at times and she is sharing the news of her health scare with the world in order to educate others about the symptoms of a heart attack – especially for women.

Rosie reached out on Twitter today to express her gratitude.

‘Good morning all – thanks for all the good wishes!!!’ she tweeted. O’Donnell also described herself as ‘happy’ and ‘grateful.’

She shared that she spent the day ‘listening to Barry Manilow - painting – feeling good.’

(The photo in this post is also one Rosie posted today)

Rosie had shared on her blog Monday that she suffered a heart attack last week shortly after she encountered ‘an enormous woman’ in a New York parking lot who had gotten stuck as she struggled to get out of her car.

When she got home few hours later, her body hurt, she had an ache in her chest and both arms felt sore. She became nauseous, her skin was clammy, she felt very hot and threw up

She googled women’s heart attack symptoms and realized she had many of them. She took some Bayer Aspirin but did not call 911. The next day, Rosie went to see a cardiologist who did an EKG. She was then sent to a hospital where a stent was put in.