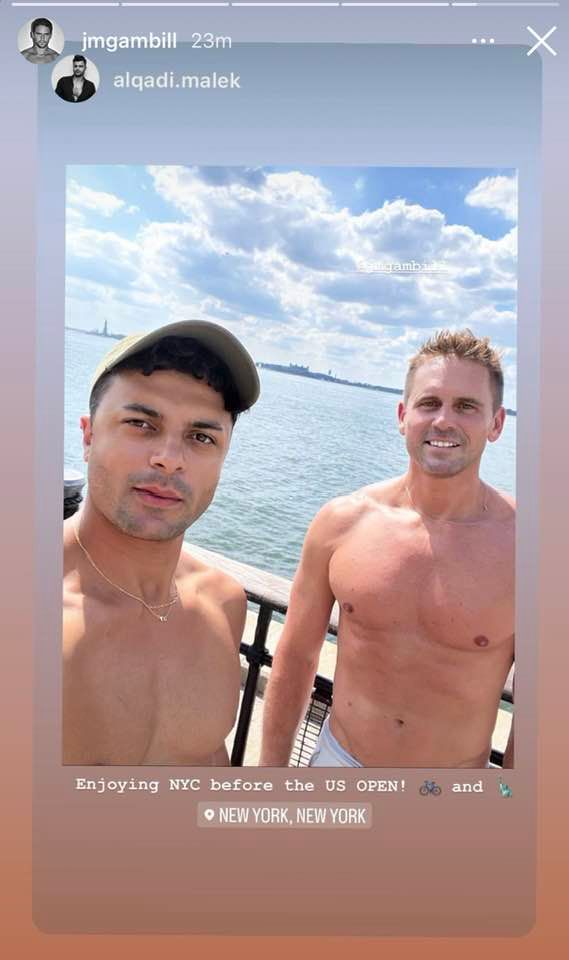 The US Open kicks off this week and retired tennis pro Jan-Michael Gambill is part of the team covering the action for Tennis Channel. Now 45, he was one of the biggest heartthrobs on the ATP{ Tour during his heyday when he reached number 14 in the world, won three tournaments and reached the quarterfinals of Wimbledon. Along the way, he notched wins over Roger Federer, Carlos Moyá, Lleyton Hewitt, Gustavo Kuerten, Marcelo Rios, Jim Courier, Pete Sampras, and Andre Agassi.

It’s been so nice that Jan-Michael has been visible on social media over the years with his equally hunky partner, architectural designer and model Malek Alqadi.