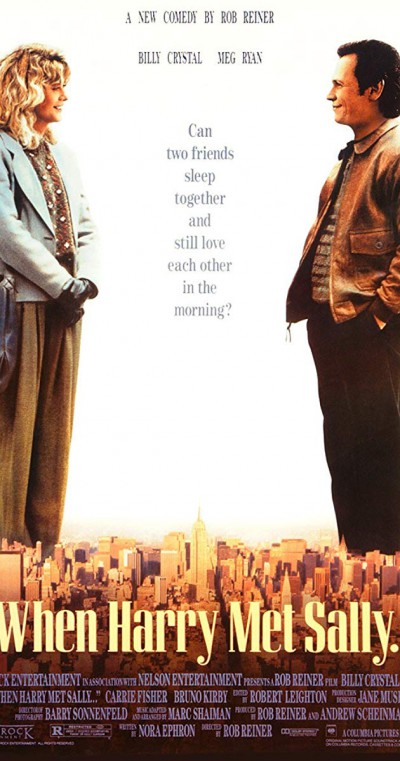 Yes, it has been 30 years since the seminal romantic comedy When Harry Met Sally hit theaters.

It starred Billy Crystal and Meg Ryan, was directed by Rob Reiner and written by the late, great Nora Efron. It also featured Carrie Fisher in one her most memorable screen roles.

Crystal, Ryan and Reiner will reunite on April 11 for a gala screening of the film which will kick off the four-day TCM Classic Film Festival in Hollywood.

“There are romantic comedies – and then there’s When Harry Met Sally…” said Ben Mankiewicz, TCM primetime anchor and official host of the TCM Classic Film Festival. “The chemistry between Billy Crystal and Meg Ryan makes them part of a legacy that includes the greats of classic movies: Spencer Tracy and Katherine Hepburn; Cary Grant and Rosalind Russell; and Jack Lemmon and Shirley MacLaine. And Rob Reiner — utilizing Nora Ephron’s word-perfect screenplay – follows in the rarefied air of the filmmaking giants who made those earlier pictures.”

Go to filmfestivaltcm.com for more information.