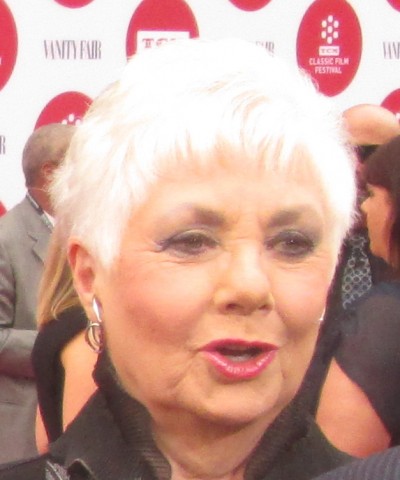 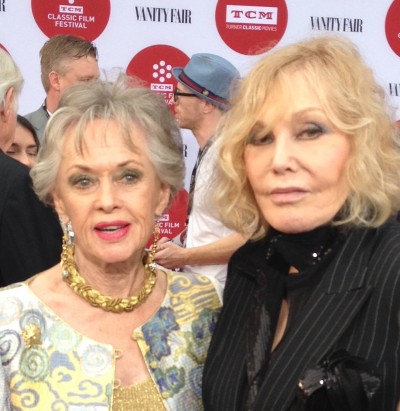 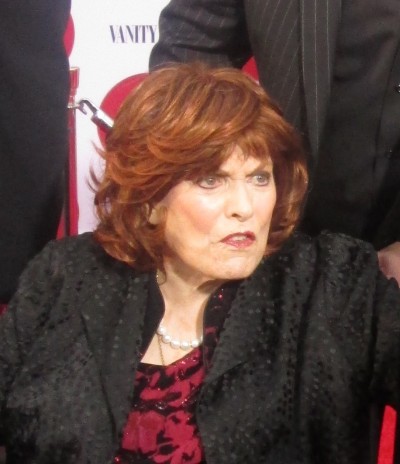 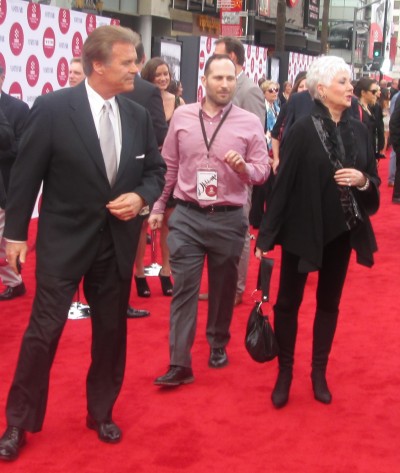 I’m heading back out to the TCM Classic Film Festival shortly for a full day of movies that includes Double Indemnity, My Sister Eileen and The Best Years of Our Lives.

This festival is magic!

Last night things kicked off with a red carpet screening of Oklahoma! at Grauman’s Chinese Theatre with leading lady Shirley Jones on hand. She’s stunningly fit at 80 and working as hard as ever. I chatted with her a bit as she made her way in. Will share that with you in a few days.

Didn’t get a chance to do many interviews because the red carpet was very long and we online outlets are way down near the end. But I had a close-up view of some movie legends like Kim Novak whose appearance may have been cruelly mocked at the Oscars but in person is still a stunning woman at the age of 80.

It was a thrill to see 93-year-old Maureen O’Hara, looking very glamorous, taken down the red carpet in a wheelchair. She greeted the crowd in the bleachers with: “Thank you for coming.”

Alec Baldwin did one or two television interviews then quickly walked down the red carpet and into the theater.

Also doing interviews was Margaret O’Brien of Meet Me in St. Louis fame who had on a blue gown with blue-ish hair to match! 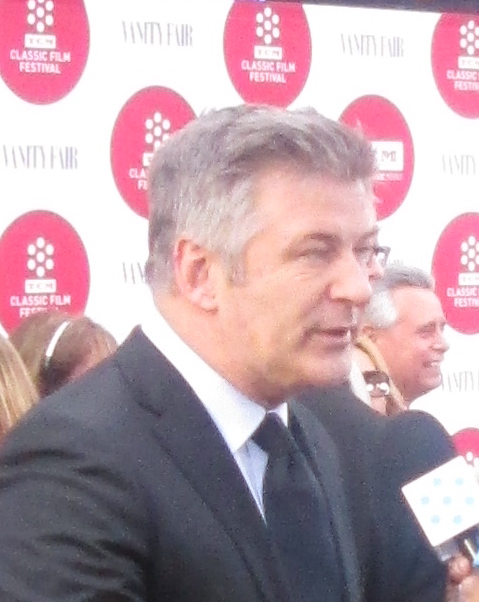 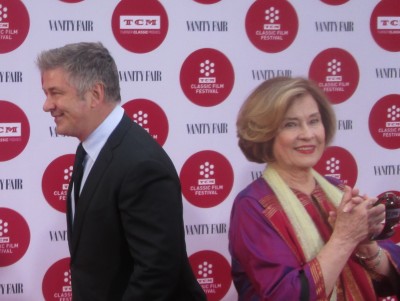 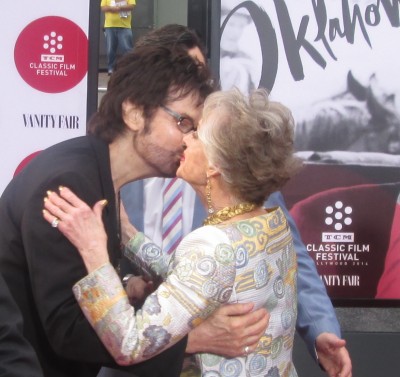 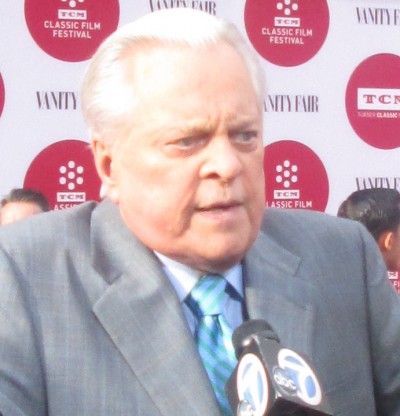 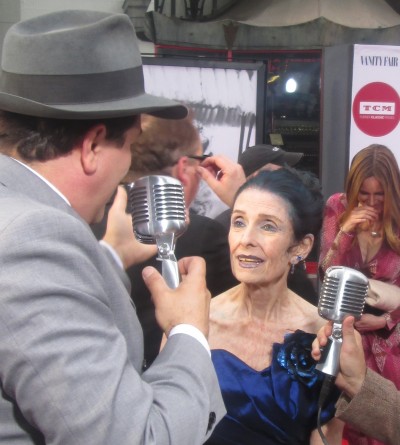