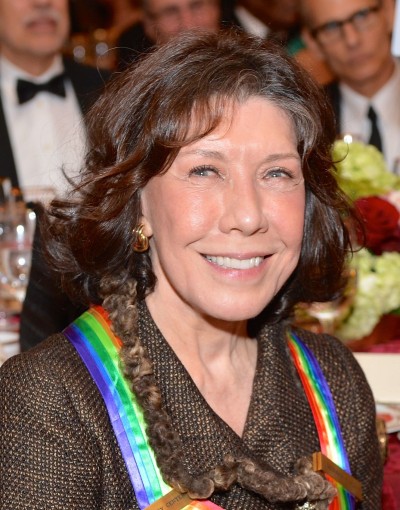 Turner Classic Movies announced today that Tony, Grammy and Emmy award-winning actress and comedianne Lily Tomlin will be celebrated with a hand and footprint ceremony at the world-famous TCL Chinese Theatre IMAX on Friday, April 17, as part of the 11th annual TCM Classic Film Festival.

Enduring a career that’s spanned over 50 years, Tomlin made her television debut in 1966 on The Garry Moore Show before making several appearances on The Merv Griffin Show. She gained national attention after joining the cast of Laugh-In in 1969. Tomlin went on to co-write and star in six comedy television speicals and earned three Emmy Awards and a Writers Guild Award for her 1982 special Lily for President?. She also starred in numerous televisions shows and specials, including Will & Grace, Homicide: Life on the Street, The X-Files and The West Wing. She is currently co-starring with Jane Fonda on the popular Netflix series Grace and Frankie.

Tomlin earned two Peabody Awards during her career: for the ABC television special Edith Ann’s Christmas (Just Say Noël) and for narrating and executive producing the HBO film documentary The Celluloid Closet (1995). She made her Broadway debut in 1977 and her film debut in Robert Altman’s 1975 ensemble piece Nashville, for which she was nominated for Best Supporting Actress. Other notable films that Tomlin starred in include: 9 to 5 (1980), The Incredible Shrinking Woman (1981), Short Cuts (1993), Disney’s The Kid (2000), I Heart Huckabees (2004), A Prairie Home Companion (2006) and Grandma (2015).