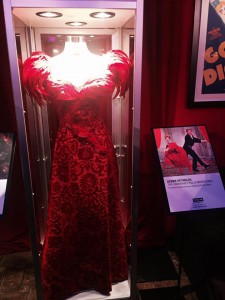 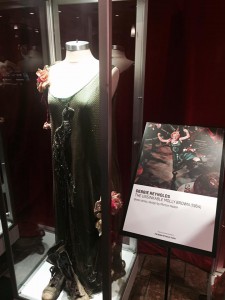 Debbie Reynolds graced several TCM Classic Film Festivals in past years for screenings of several of her classic films including Singin’ In the Rain, The Unsinkable Molly Brown, and How the West was Won.

Miss Reynolds died last December and is so missed. But never forgotten. For this year’s festival, her son Todd Fisher donated three of his mom’s most famous costumes for display – a perfect tribute to someone who was so dedicated to preserving Hollywood memorabilia.