Surprise! RuPaul is a married man! 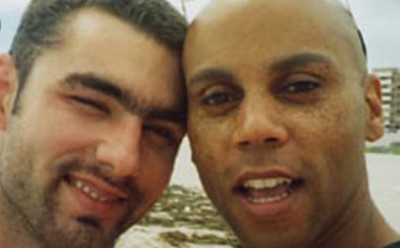 RuPaul revealed on live television today that he and longtime partner Georges LeBar got married in January.

RuPaul was a guest on Hollywood Live Today when co-host Ross Mathews asked if he and his ‘boyfriend’ ever planned on getting married.

‘I’ve never said this on television before. We are married,’ RuPaul said as the hosts gasped and the audience cheered.

He added that ‘we were looking into it really for tax breaks and financial reasons.’

The Emmy winning host of RuPaul’s Drag Race shared some details about the longtime man in his life.

‘He’s a great guy. He doesn’t care about show business – he could care less. Most of the time he’s on the ranch in Wyoming. But he doesn’t want me to come there.’

Instead RuPaul says LeBar prefers they go to more ‘glamorous’ locales like Paris and Maui.

‘When I go there I dress up in the most gorgeous western outfits but nobody cares.’

.@RuPaul broke some AMAZING news to me today on @OfficialHTL – HE GOT MARRIED!!!! 🍾🎉🎊Congrats!!!! WATCH: https://t.co/AseX6KePja