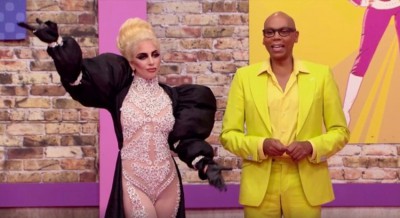 Lady Gaga will be helping RuPaul’s Drag Race kick off its ninth season.

Logo announced today that the Super Bowl halftime show superstar will appear as a guest judge on the season premiere next month.

Gaga opened her 14 minute Super Bowl halftime performance began atop Houston’s NRG Stadium singing a medley of This Land is Your Land by Woody Guthrie and God Bless America.

It was a patriotic tribute to her homeland and a message to President Donald Trump that the US belonged to everybody.

After the show, Gaga announced the Joanne World Tour set to begin this summer.

Perhaps the most political moment of her set happened early on when she belted her dance hit Born This Way.

It is a song which preaches the importance of inclusivity of everyone including LGBTI, disabled and racially diverse people.

The 13 contestants vying for the title of America’s Next Drag Superstar on season nine of RuPaul’s Drag Race were revealed last week.

The competitors include London native Charlie Hides and Trinity Taylor who won the title of Miss Pulse in 2011 at the Orlando, Florida nightclub.

Four of the competitors are from New York City with the rest from Las Vegas, Atlanta, Chicago, and Los Angeles.