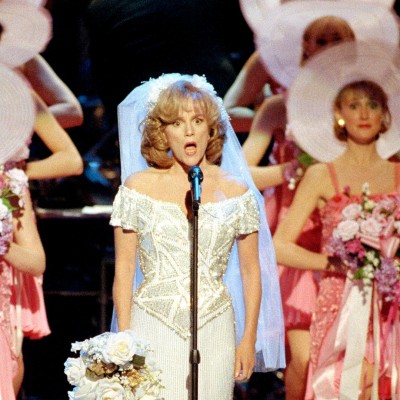 It’s been really fun highlighting a different Stephen Sondheim song on the blog in the week since the great Broadway legend’s death. He has such a rich songbook that I am going to be doing a weekly Sondheim Sunday feature moving forward replacing Showtune Sunday – for now.

With 68 words sung in a total of 11 seconds, Getting Married Today is notable for being one of the fastest songs in Broadway history.

The patter song from the musical Company is sung by the manic Amy, as the thought of marriage sends her into a panic on the day of her wedding.

Beth Howland originated the role on Broadway and we see her below as well as versions from Madeline Kahn, Carol Burnett (hilarious), Julie Andrews, Darren Criss and even one from the TV show Glee.