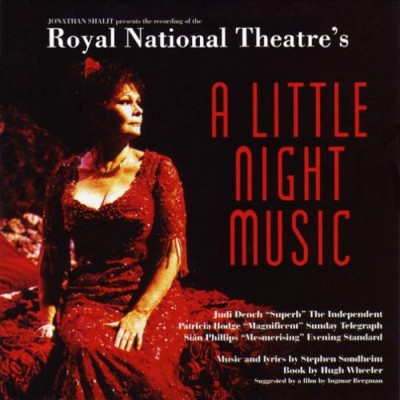 We continue this week’s tribute to the songs of the late, great Stephen Sondheim with several interpretations of Send in the Clowns from A Little Night Music.

It is a ballad from Act Two, in which the character Desirée reflects on the ironies and disappointments of her life. Among other things, she looks back on an affair years earlier with the lawyer Fredrik, who was deeply in love with her, but whose marriage proposals she had rejected. Meeting him after so long, she realizes she is in love with him and finally ready to marry him, but now it is he who rejects her: He is in an unconsummated marriage with a much younger woman.

Sondheim wrote the song specifically for Glynis Johns, who created the role of Desirée on Broadway. The song is structured with four verses and a bridge, and uses a complex compound meter. It became Sondheim’s most popular song after Frank Sinatra recorded it in 1973 and Judy Collins’ version charted in 1975 and 1977.

Judi Dench is a knockout as Desirée, a role that was played in a feature film by Elizabeth Taylor and in the most recent Broadway revival by Catherine Zeta-Jones and Bernadette Peters.