Some brutal zingers from the Joan Rivers roast 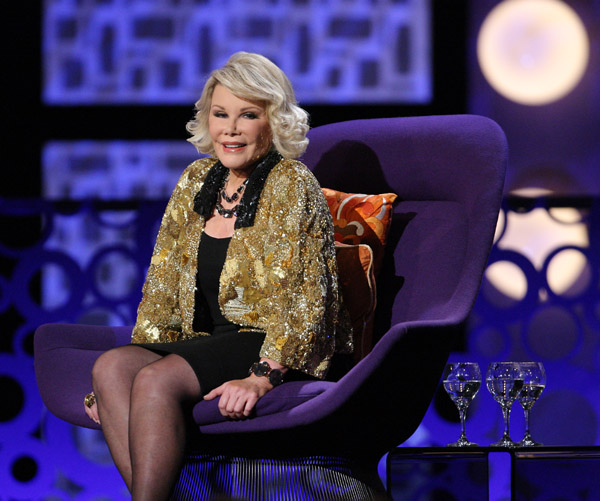 The Comedy Central Roast of Joan Rivers took place Sunday night but does not air until Sunday, Aug. 9. But PAGE SIX has leaked some of the jokes aimed at the 76-year-old wrinkle-free comic who has had about as many plastic surgeries as she’s had birthdays!

And her fellow comics did not let her forget it!

Greg Giraldo: “You’re like Robo-Cop, you’re half-human and nobody’s given a [bleep] about you since 1986. You actually have a lot in common with Michael Jackson. You both spent thousands of dollars to look like the Crypt Keeper. You’re both more popular now that you’re dead.”

has had endless plastic surgeries, and her fellow comics didn’t let her forget it during a Comedy Central roast in LA the other night, The Post’s Mandy Stadtmiller reports.  told Rivers.

Jeffrey Ross: “Joan had a difficult choice to make, whether to do this roast or be the fifth celebrity to die this month . . . Who’s your plastic surgeon? Tim Burton? Oh my God, Kanye‘s mom had a better plastic surgeon. Look at her, she’s a cougar. Freddy Cougar!”