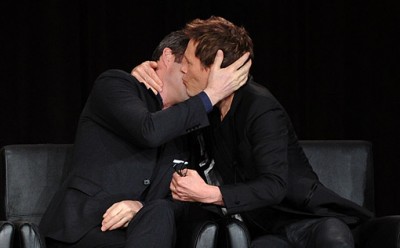 Oh that James Purefoy is such a kidder!

During Fox day at the TV Critics Association press tour in Pasadena last month, he and his The Following co-star Kevin Bacon were asked about their undeniable chemistry.

A critic told the actors that they have so much chemistry on the show that in one scene she wanted them to just start kissing. The actors immediately leaned and granted her wish.