It’s the ‘Who’s the Boss?’ cast together again! 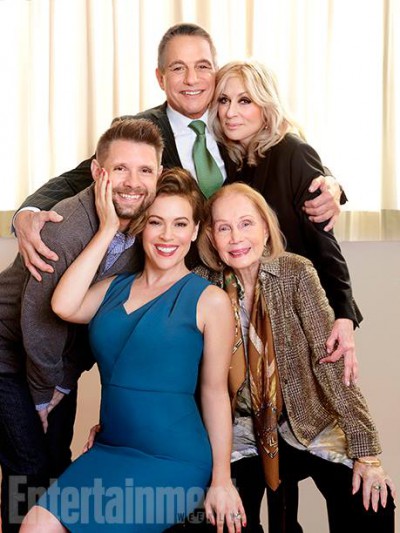 Danny Pintauro played Jonathan for eight years on the ABC sitcom Who’s the Boss? Judith Light played his mother, Katherine Helmond his grandmother, Tony Danza their housekeeper and Alyssa Milano his daughter. The group all got back together again for an Entertainment Weekly photo shoot and Danny wrote on Facebook tonight: ‘ I’m SOOO excited to finally be able to share this with you!!! A YEAR in the making (to get us all in the same place) but just a few hours together to bring back memories and truly show how time really hasn’t seemed to pass. 26 years later and it still seems like yesterday. You know those friendships that just pick up where you left off? Amazing day!!! The pictures are fantastic but the interview is REALLY great!’