Snapped! Andy Murray on the beach with trophy! 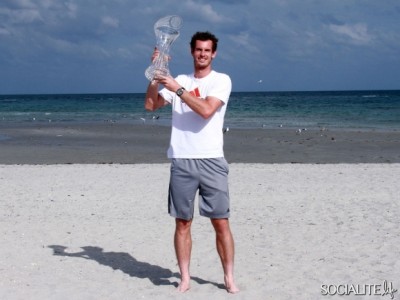 Andy Murray has plenty of reasons to be savoring his win on Sunday in the final of The Sony Open. He not only won the prestigious tournament for the second time, he became the first man in ts history to survive a match point against him in the final.

Murray, the reigning US Open and Olympic champion, surpassed Roger Federer in the rankings with the win to become the number two player in the world.

Next in his sights is top-ranked Novak Djokovic who beat him in a riveting Australian Open final in January.