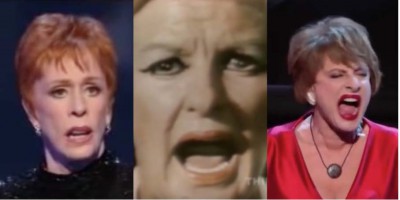 Patti LuPone is back on the London stage in a new production of Company in the character of Joanne who gets to belt out the show-stopping number The Ladies Who Lunch. She had also played the role in 2011 in a New York Philharmonic Concert version that was filmed and released in theaters and later on DVD.

LuPone first performed the song, oh-so memorably, at the 80th birthday celebration of Stephen Sondheim in the presence of the original Joanne — the late, great Elaine Stritch.