Showtune Sunday: All About “Maybe This Time” from Kaye Ballard and Liza Minnelli to “Schitt’s Creek” 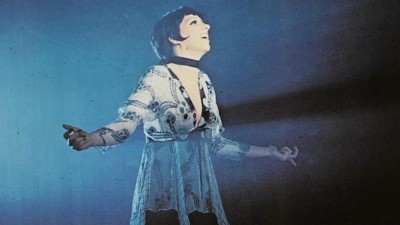 Maybe This Time is best known as a song sung by Liza Minnelli’s character of Sally Bowles in the 1972 film Cabaret. But it is is a song that was written by John Kander and Fred Ebb for the late, great Kaye Ballard.

In the first video, Miss Ballard tells the origins of the song then sings it herself. It this point, it she was in her late 80s but she still had the chops and the charm.

Minnelli had included the song on her debut studio album Liza! Liza! in 1964 then on her 1970 album New Feelin’. But after Cabaret, it turned into a traditional pop standard and has been covered many times – including on Schitt’s Creek!

I include many versions below. Enjoy!

Campy Clips: Joan Crawford in one of her shortest parts – TV movie “The Man From U.N.C.L.E – The Karate Killers”