Showtune Sunday: All About ‘I Don’t Know How To Love Him’ from ‘Jesus Christ Superstar’ 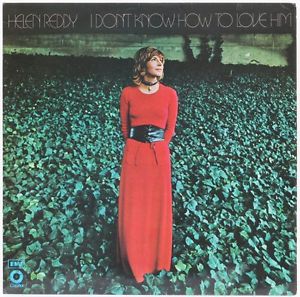 Last Sunday, Sara Bareilles soared while performing the power ballad I Don’t Know How to Love Him on NBC’s Jesus Christ Superstar Live in Concert. Thought it would be fun to post her version alongside some of the other famous versions including those by Helen Reddy and Yvonne Elliman which were both top 40 hits. While Reddy’s was the bigger hit, Elliman performed the song as Mary Magdalene in the original Broadway production and film version. Petula Clark also had a minor hit with the song. I’ve also included a pre-stardom Susan Boyle who decades before her appearing on Britain’s Got Talent performed a lovely version in a local talent show. Enjoy the various versions and let me know which one you like best.