Showtune Sunday: All About ‘Hello, Dolly!’ 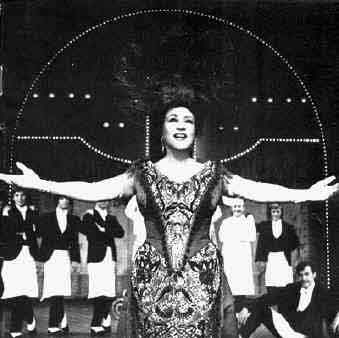 Hello, Dolly! won Best Revival at last weekend’s Tony Awards and it’s star, Bette Midler, won for Best Lead Actress in a Musical. This got me thinking about the other Dollys over the years. There’s the original, of course, and that’s Carol Channing. Then there was Pearl Bailey who was a sensation on Broadway and Ethel Merman who was the final Dolly when the original Broadway production ended its long run. Merman had been offered the show at the beginning but turned it down. Then there was the movie version which, of course, should have gone to Channing but instead went to a far too young Barbra Streisand. Here are some of the most famous Dollys through the years.