Showtune Sunday: All About Diahann Carroll! 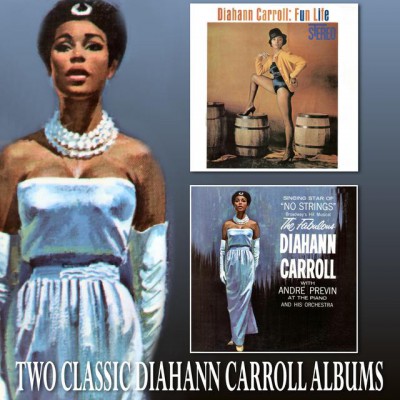 Just by chance, I went down a YouTube wormhole the other day that resulted in my watching the 1982 movie Sister, Sister in its entirety. Superb. It starred the late Rosalind Cash, Irene Cara and the great Diahann Carroll. This led to some kind of biography of Miss Carroll, now 82, and it gave me a real appreciation of her amazing career.

She’s a showbiz legend who In 1962 won the Tony Award for best actress (a first for a black woman) for the role of Barbara Woodruff in the musical No Strings and she was the first black woman to star in her own network sitcom playing a nurse and single mom in Julia. In 1974, she was nominated for an Academy Award for Best Actress for Claudine and later played jet-setter Dominique Deveraux on Dynasty.

Miss Carroll has scores of other movie (Carmen Jones, Porgy and Bess), television (A Different World, White Collar) and stage (Sunset Boulevard, Agnes of God) credits and as you can see in these clips, held her own singing with fellow showbiz legends like Judy Garland and Frank Sinatra.