Showtune Sunday: All about “Anything Goes” 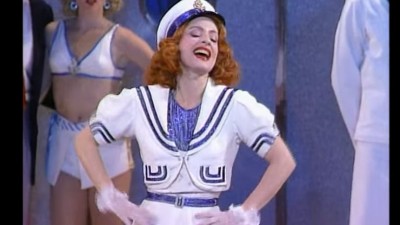 The fabulous title song from the classic musical Anything Goes has been performed by some of the biggest names in Broadway history.

I’ve included the versions by Ethel Merman, Patti Lupone and Sutton Foster who all starred in Broadway productions, by the great Ann Miller who headlined two national tours, and just for kicks a version by Jonathan Groff who did a smashing rendition flor a benefit.