Shelley Morrison, who played Karen’s hilarious maid Rosario on “Will & Grace,” has died at 83 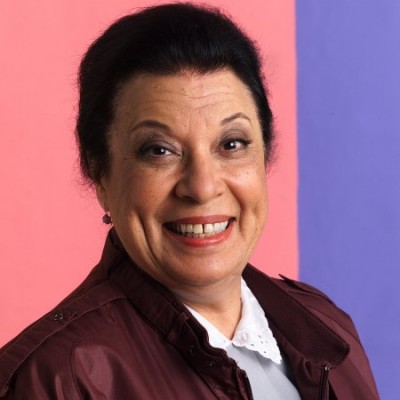 Shelley Morrison, whose character of Rosario was greatly missed in the Will & Grace revival, has died at the age of 83.

Morrison died from heart failure at Cedars-Sinai Medical Center in Los Angeles after a brief illness.

The actress played Rosario Salazar on Will & Grace from 1999 to 2006. She was the maid to Megan Mullally’s character, Karen, and the two often brilliantly bantered back and forth.

Morrison held many stage and screen roles throughout her 50-year career. She played Sister Sixto alongside Sally Field on The Flying Nun, and more recently, she voiced Mrs. Portillo on the children’s cartoon Handy Manny.

Shelley was a beautiful soul and wonderful actor. Her work as Rosario, season after season, was as nuanced and real as it was hysterical. She will be missed by everyone at #WillandGrace. She’s a huge part of it. Sending so much love to Walter and Shelley’s whole family.

Shelley Morrison has passed. she was such an integral and important part of my experience at Will & Grace, and became a friend in the intervening years. she was loving, strong, supportive, and kind. she and her husband Walter Dominguez had a wonderful, loving, and inspiring 46-year marriage. he was always by her side. please put him and their children and grandchildren in your thoughts. i will miss you, Shelley. thank you for the years of partnership and for your friendship and support. te amo, mami.

Such sad news. Our beloved Shelley Morrison passed away today. She was absolutely hilarious and had the biggest heart. She was a part of our Will and Grace family and will be greatly missed. My heart goes out to her entire family.

Oh, Shelley… what a loss. Our dear Rosario has passed on. Shelley had a career that spanned decades, but she will always be our dear Rosie. She was a kind soul with a huge heart and always had a smile on her face. All my love to Walter and the entire family. #shelleymorrison