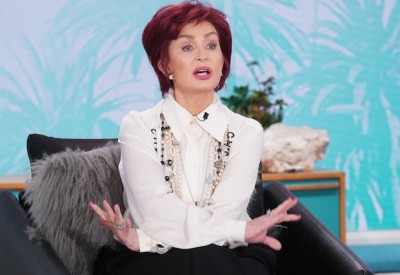 Original co-host Sharon Osbourne is out at The Talk, CBS announced today.

It seems like it had to happen following the incidents of March 10 when Osbourne badly mishandled a contentious racism debate with fellow co-host Sheryl Underwood. She demanded that Underwood “educate” her about racism on live air and ordered her not to “try and cry. I’m the one who should be crying.” It was so ugly and after seeing it even the very first time, I wondered how she would ever be able to go back on the show and how viewers would still want to see her there.

What made it worse is she was being asked about her defense of Piers Morgan’s bullying remarks about Meghan Markle which were indefensible and wrong on so many levels. It’s hard to know what was going through Osbourne’s head but it seems clear she was not used to being challenged this way and she just lost it.

Watch the video below. It’s cringe-worthy.

“The events of the March 10 broadcast were upsetting to everyone involved, including the audience watching at home,” the CBS statement said. “We also did not find any evidence that CBS executives orchestrated the discussion or blindsided any of the hosts. At the same time, we acknowledge the network and studio teams, as well as the showrunners, are accountable for what happened during that broadcast as it was clear the co-hosts were not properly prepared by the staff for a complex and sensitive discussion involving race.”