Brothers Osborne open up on “CBS Sunday Morning” about their long journey, of music and identity 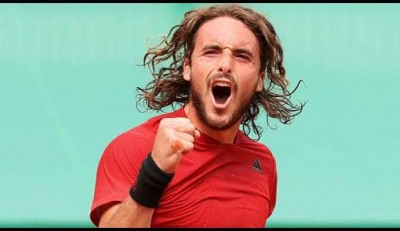 My tennis crush Stefanos Tsitsipas crushed Andrey Rublev 6-3, 6-3 on Sunday to win the Monte Carlo Open for his first Masters 1000 title and attributed his success to “learning to breathe”.

The Greek 22-year-old world, ranked fifth in the world, beat the surging Russian who has now surpassed Roger Federer in the world rankings and is now seventh in the world. He beat second-ranked Rafael Nadal in the quarterfinals of a tournament Nadal had won 11 times. Stistipas ands Rublev had split their previous six matches.

“Breathing is something I’ve been working on the last couple of months with my psychologist,” said Tsitsipas, who said he has taken up meditation and is “inspired by Buddhism.” “I find breathing very important especially when I’m performing or playing, breathing helps me control myself and have full control of what I’m doing out there. Definitely something that I’ve been putting a lot of work into in the last couple of weeks.”

Brothers Osborne open up on “CBS Sunday Morning” about their long journey, of music and identity