“Sex and the City” Saturday: When Carrie ran into a married Mr. Big on a boat a year too late 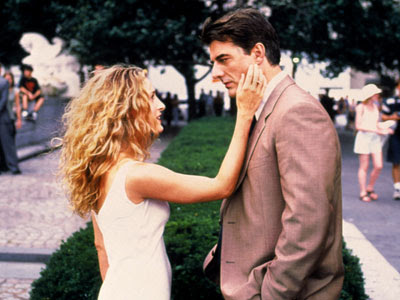 Carrie, during her first relationship with perfect Aidan, runs into her ex Mr. Big on a boat during a party that she is attending with a newly in love Charlotte and Trey.

“Apparently one woman’s Titanic was another woman’s Love Boat,” she says in the narration.

Big has broken her heart and she has moved on but, as fans of this franchise well know, she would never really be done with him. This is a portion of the episode that leads to their first reunion – while she’s still with Aidan and he’s married to Natasha.