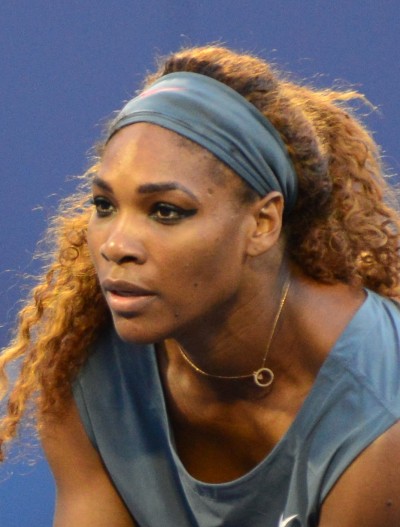 After barely playing for more than a year, Serena Williams announced today that she will soon be retiring from professional tennis – mostly likely after competing in this year’s US Open.

The mother of one made clear in a Vogue essay that she would likely be playing past the age of 41 – which she turns next month – except for the fact that she wants to have another child and that “I definitely don’t want to be pregnant again as an athlete. I need to be two feet into tennis or two feet out.”

She writes:
Believe me, I never wanted to have to choose between tennis and a family. I don’t think it’s fair. If I were a guy, I wouldn’t be writing this because I’d be out there playing and winning while my wife was doing the physical labor of expanding our family. Maybe I’d be more of a Tom Brady if I had that opportunity. Don’t get me wrong: I love being a woman, and I loved every second of being pregnant with Olympia. I was one of those annoying women who adored being pregnant and was working until the day I had to report to the hospital—although things got super complicated on the other side. And I almost did do the impossible: A lot of people don’t realize that I was two months pregnant when I won the Australian Open in 2017. But I’m turning 41 this month, and something’s got to give. 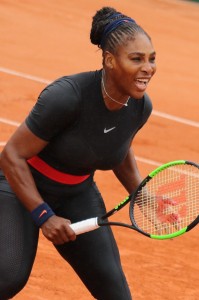 Williams, winner of 23 grand slam titles, makes clear that it is not easy for her to walk away after more than two decades of playing at or near the top off the game:
I’m going to be honest. There is no happiness in this topic for me. I know it’s not the usual thing to say, but I feel a great deal of pain. It’s the hardest thing that I could ever imagine. I hate it. I hate that I have to be at this crossroads. I keep saying to myself, I wish it could be easy for me, but it’s not. I’m torn: I don’t want it to be over, but at the same time I’m ready for what’s next.

With 7 Wimbledons, 7 Australian Opens, 6 US Opens, 3 French Opens and an Olympic Gold Medal, Serena is certainly one of the greatest female tennis players of all time and her longevity makes her even more remarkable. Her first grand slam final came in 1999 and in it she beat world number one Martina Hingis to win the US Open. In 2019, she reached the US Open final yet again (her most recent) but lost to Bianca Andreescu. Her most recent slam title – the 2017 Australian Open – was won when she was two months pregnant and she reached four more slam finals after giving birth and the semifinals of the Australian Open just last year.

I want to also shine a light on her doubles career with sister Venus Williams which includes the gold medal at three separate Olympics, 6 Wimbledons, 4 Australian Opens, 2 US Opens, 2 French Opens and mixed doubles titles at the 1998 US Open and Wimbledon with Max Mirnyi.

Even with her playing days ending, Serena is such a star on the world stage and has so many business ventures and interests that it will be fascinating to see what she does next.

She writes:
I have never liked the word retirement. It doesn’t feel like a modern word to me. I’ve been thinking of this as a transition, but I want to be sensitive about how I use that word, which means something very specific and important to a community of people. Maybe the best word to describe what I’m up to is evolution. I’m here to tell you that I’m evolving away from tennis, toward other things that are important to me. 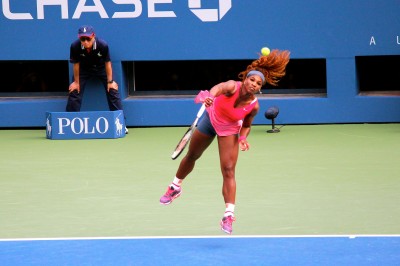