“Sense8″ star Brian J. Smith comes out publicly as gay man: “I knew it was time” 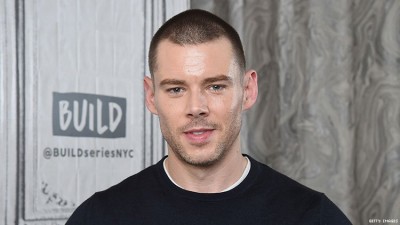 Smith has publicly come out in a cover story for Attitude, talking about the hardship of growing up queer in Texas.

“I was terrified,” he tells the magazine. “At school I really couldn’t fit in anywhere. I wasn’t a jock or a nerd. “Forget about any [LGBTQ+] union or groups. There was absolutely nothing. I was completely alone. I heard all the names: pussy, faggot.”

Smith says he was never able to fully be himself, instead “constantly having to check [himself] and make sure [he] wasn’t looking at someone too long or making someone feel uncomfortable.”

He was extremely careful about sharing his identity, something he said “still reverberates” to this day: “A lot of my work is about that. The things that move me as an actor are those echoes that come up.”

Smith says family reaction was “wonderful. They said they were just waiting for me to say something. They were a lot more advanced than I gave them credit for.”

Good morning, world. The folks at @attitudemag reached out and I knew it was time. Hoping there’s other people out there like me (and not like me!) who can relate. Nothin but love! Now let’s go party. Photography: @harolbaezstudio Interview: @cliffjoannou Styling: @josephkocharian Location: @thepierreny Grooming: @melissa.dezarate