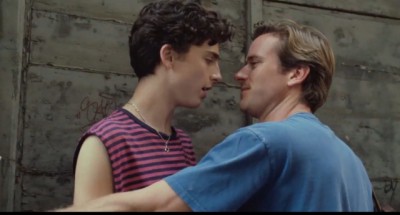 Call Me By Your Name, the new film by Luca Guadagnino, is a sensual and transcendent tale of first love, based on the acclaimed novel by André Aciman. Set in the Italian region of Lombardy during the early 1980s, the film follows young Elio (breakout Timothée Chalamet) finds himself bewitched by the American Oliver (Armie Hammer) who has come to assist Elio’s professor father (Michael Stuhlbarg) for several weeks. Book-smart Elio thinks he knows just about everything already, he finds himself increasingly drawn to Oliver — culminating in a romance that’s teased in this trailer. Enjoy!