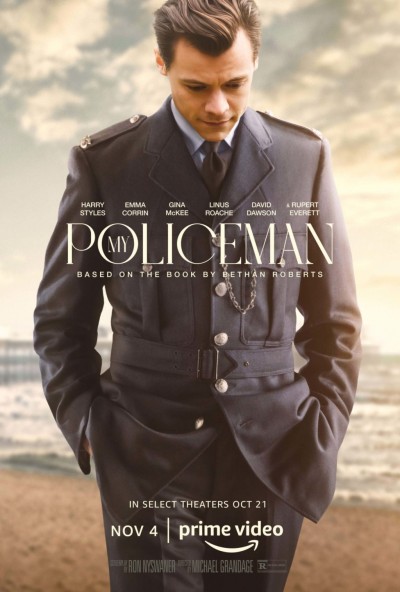 My Policeman has been getting a lot of buzz because one of the stars is Harry Styles and he’s in a gay role.

The trailer was released yesterday and I am sharing it with you now.

Flashing forward to the 1990s, Tom (Linus Roache), Marion (Gina McKee), and Patrick (Rupert Everett) are still reeling with longing and regret, but now they have one last chance to repair the damage of the past.

The movie is based on the book by Bethan Roberts and directed by Michael Grandage.

My Policeman comes to select theaters on October 21 and Prime Video on November 4.