See new “Wake Alive” video from Tom Goss: “Only by bursting out can we live the free, vibrant lives we’re meant to” 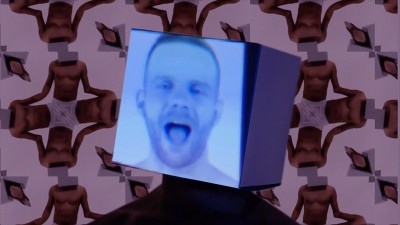 One of my very favorite musicians, Tom Goss, released a new video today!

It’s called Wake Alive, and takes literally the idea that we too often put ourselves in boxes and get trapped in the limiting perceptions others have of us.

“Only by bursting out can we live the free, vibrant lives we’re meant to,” Tom says.

The video was directed by Tom and renowned Baltimore-based artist Scott G. Brooks and is now out now on YouTube!

Tom is an indie singer-songwriter who mixes tender ballads with energetic folk/pop. He has released seven albums and played a thousand shows across the US, Canada, and Europe to a growing group of dedicated fans. I most recently she Tom in concert a few months ago at The Hotel Cafe in Hollywood.

Tom’s songs have been heard on ABC, HBO, in several films, and his inventive music videos (Son of a Preacher Man, Breath and Sound, Bears, Click), which have been viewed more than 10-million times. He has shared a stage with performers as diverse as Andy Grammer, Martha Wash, Taylor Dane, Steve Grand, Adrianne Gonzalez, Matt Alber, and Catie Curtis, and he enjoys a particularly strong following in the LGBT community.

I had lunch with Tom earlier this month and we had a terrific interview. Look out for it in the coming weeks!