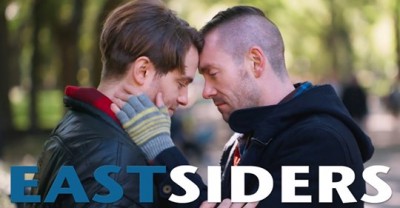 Seven years, four seasons, 27 episodes, and now the story is coming to a close.

But first, take a look behind the scenes at the making of the show with the cast and creative team of EastSiders. It’s EastSiders: The Documentary featuring interviews with producers and cast members Kit Williamson and John Haibach as well as other cast members including Constance Wu and Van Hansis.

The doc was shot by Jordan Rennert, edited by Patrick Meaney and directed by Williamson.

Writes Williamson: We’re saying goodbye to EastSiders, but before we do we decided to thank our fans and supporters by releasing a free documentary with interviews from the cast and crew and never before seen footage from set! Thank you all for coming on this journey with us–it’s been an honor making this show for you, and I’m still in disbelief as to how far we’ve come. Cheers to the next adventure!”

WATCH: Tom Daley on assumptions about him