‘Will & Grace’ reboot to have 18 episode 3rd season 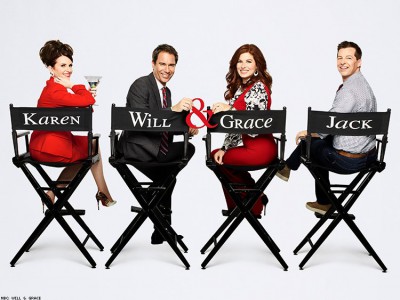 Via The Hollywood Reporter – Will and Grace’s return to TV doesn’t look to be all that temporary.

NBC announced Saturday at PaleyFest that it has committed to a third season of the revived sitcom, its 11th season overall. This early order comes before production has even begun on the second season of the popular revival. The second and third seasons of the revival will be for a total of 18 episodes each, up five from this year’s run.

Stars Eric McCormack, Debra Messing, Megan Mullally and Sean Hayes — each of whom received a nice raise for the 2018-19 season — are all returning, as are co-creators and showrunners David Kohan and Max Mutchnick. This is the second time that NBC has jumped the gun and given Will & Grace the early re-up, its cast’s busy schedules being a prominent factor. NBC announced a renewal before the new episodes even started airing last fall.