Scott Evans: “It’s just nice being able to be a role model for a community I care so much about.” 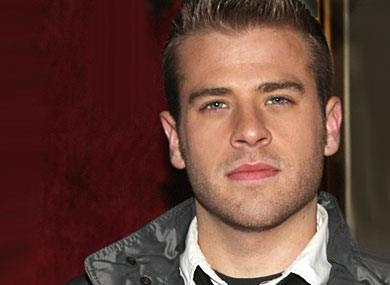 There are so many reasons to admire Scott Evans.

In less than a year, he has emerged as a major soap star on ABCs One Life to Live where he plays police officer Oliver Fish – one-half of the groundbreaking gay couple known as Kish.

Scott’s scenes have run the gamut from being a closet living in denial and dating women to finally coming out to his disapproving parents. He then comes out – on national television – during a symbolic group wedding taking place in Llanview. Now he’s embarking on a romantic relationship with college love Kyle Lewis (Brett Claywell).

AfterElton.com has a terrific interview with Scott posted. Here is a little preview:

AE: Some people thought the wedding story, where Kyle was going to marry Nick, was going too far. What did you think of it?
SE:
People can think it’s going too far and that’s fine. But we’re not taking it too far. If you look at the quest for civil rights in the past one hundred years, people have done a lot crazier things than have a hundred person gay wedding in Llanview, Pennsylvania. It was big step for the show, I think, but in the quest for civil rights, things need to happen. We’re a small blip on the screen of a step forward, but we’re helping out with the process.

AE: You and Brett Claywell have great chemistry, which is why the story works so well, and one of the things I like so much if that they’re friends as well as lovers. What’s it been like working with Brett? SE: Brett’s awesome. Brett and I get along very well. We not only hang out at work, we hang out outside of work. We went and saw Rufus Wainwright last night for Cyndi Lauper’s True Colors Foundation and the Broadway Impacts organization. It was just a spectacular, spectacular concert. It was Karen Olivo and Rufus Wainwright, and it was absolutely wonderful.

We’ve become so close because if we hated each other it would stink. We go to a lot of events together, so that would be miserable to have your partner in crime be someone you don’t like. He lucked out in terms of me being a gay man. I don’t get upset if things don’t go as planned. I’ve been very gentle with him because I know it must be tough for him. I never took that for granted.

I never got mad at him if he was struggling, but he’s been spectacular. He’s such a joy to work with. I can only hope that this story continues to grow and we can grow together. It’s nice to have somebody on the journey with you. It’s not a solo journey, but a journey for the two of us. And even when Nick joined, it was a journey for the three of us.

E: How has your, for lack of a better word, fame changed your life?
SE:
It’s given me the chance to speak out. People want to interview me and hear what I have to say. So I feel like I owe a lot to be a good role model, to do good things and say good things. There’s just so much going on right now and people that if people want me to speak at things just because I happen to be on a TV show, I absolutely will. It’s just nice being able to be a role model for a community I care so much about.

FILE UNDER: Daytime TV, Out Stars