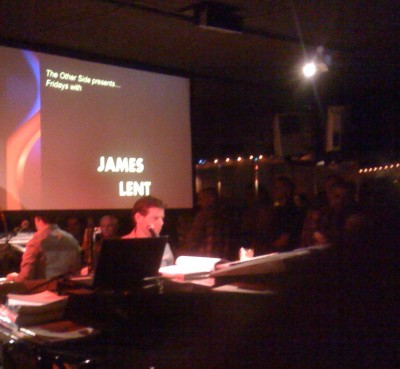 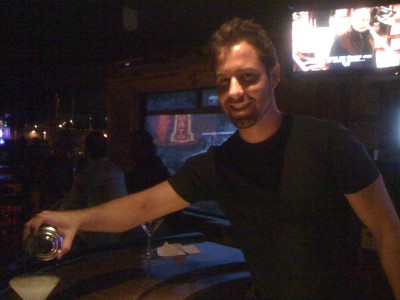 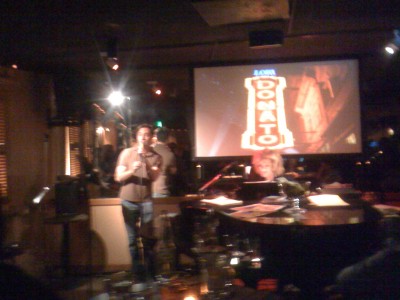 On Wednesday night, I went to The Other Side to do some interviews about its closing and to have one last drink at a place that has been a wonderful part of my life the past five months.

It was in February, the month I moved to Silverlake, that I finally discovered this charming piano bar and spent many a Friday night enjoying piano player James Lent and the many talented singers who showed up to perform.

Then I started to find myself there on Tuesdays or Wednesdays for $10 dinner night at the adjacent Flying Leap Cafe or on Thursdays for $12 pasta night.

The Hyperion Avenue establishment had become, hands down, my favorite place to have a drink or a meal.

But on Sunday, The Other Side and Flying Leap Cafe will close their doors for good. It will be replaced by a new bar, Hyperion Public, whose owners plan to renovate extensively.

So there goes another of Silverlake’s last remaining gay bars.

Owner Paul Hargis put the establishment up for sale last year saying he wanted to move on to other things. A note outside the bar and restaurant from Hargis reads: It is with warm reflection that I pass along the bittersweet news of the closing of The Other Side and Flying Leap Cafe on June 24, 2012. Both have achieved landmark status in their own right, and each has had a real impact on the exciting Silver Lake food and entertainment scene over the past fifteen years. It also marks the end of an era for one of the longest continuously open piano bars in Los Angeles, with its original roots back to the late 1960s.

Real estate agent Eric Toro, 66, of Eagle Rock, and his hairdresser husband Robin Amussen, 59, had dinner at Flying Leap Cafe for one last time Wednesday then went to the bar for a farewell drink.

Said Toro: ‘I’m sad about it. I’ve been coming here for 45 years. I hate to see it close. It’s been a fun place to party, a fun place to be with friends. There’s almost no place to go in Silverlake, period. There’s a great deal more acceptance in straight bars but I still don’t feel comfortable reaching around and hugging my husband and kissing him in another bar. It causes too many eyebrows to be raised. So it’s the end of an era for me and it’s certainly a cultural place that’s going away.’

Glendale resident David Yerkes, 73, has been coming to the bar since the late 70s.

‘It’s a very special place,’ he said. ‘It’s warm, it’s intimate. I enjoy the music in the evenings. It’s just a joyous place. When you come in, there’s always someone you know.’

Craig ONeal, 47 year old North Hollywood resident who comes to The Other Side an average of twice a month.

“We always know people here, we always know the bartenders here, we feel very welcomed here, we don’t feel judged,’ he said. ‘We feel like we’re coming home just to have a drink and to talk with people. It’s not about being a West Hollywood kind of gay disco. It’s just a very comfortable atmosphere.’

“It’s very sad,’ he added. ‘I don’t really identify with the piano bar as much as the community, small town camaraderie of the people getting together at the local watering hole. People come here because they want to be here, they want to be themselves, they don’t want to have to pretend that they’re something that they’re not. They can be themselves here. It’s kind of like a Cheers bar.

The Other Side and its regulars of older gay men were featured in a 2006 documentary – “The Other Side: A Queer History” – made by Jane Cantillon.